We’ve come a long way since
building our first home in 1991. 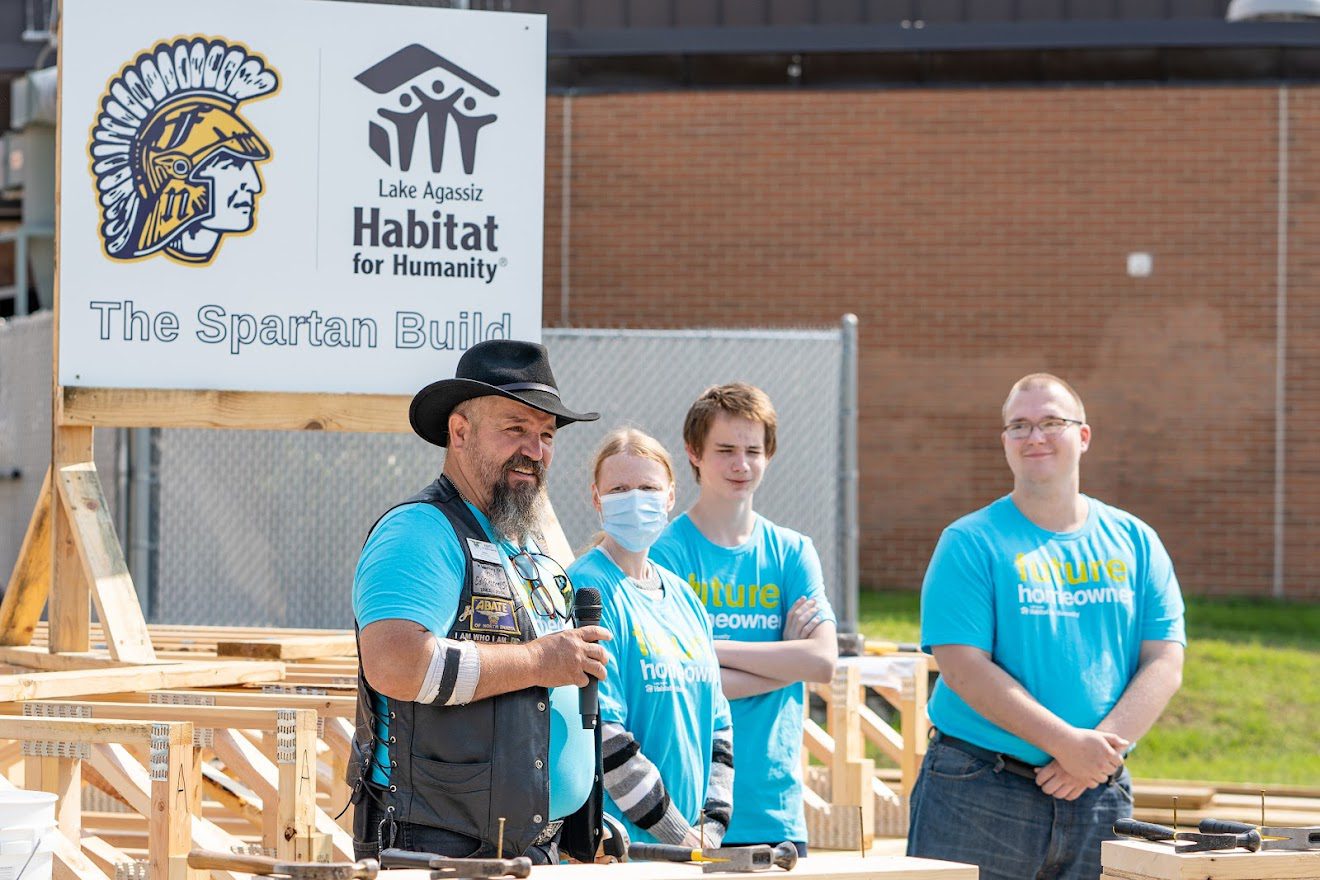 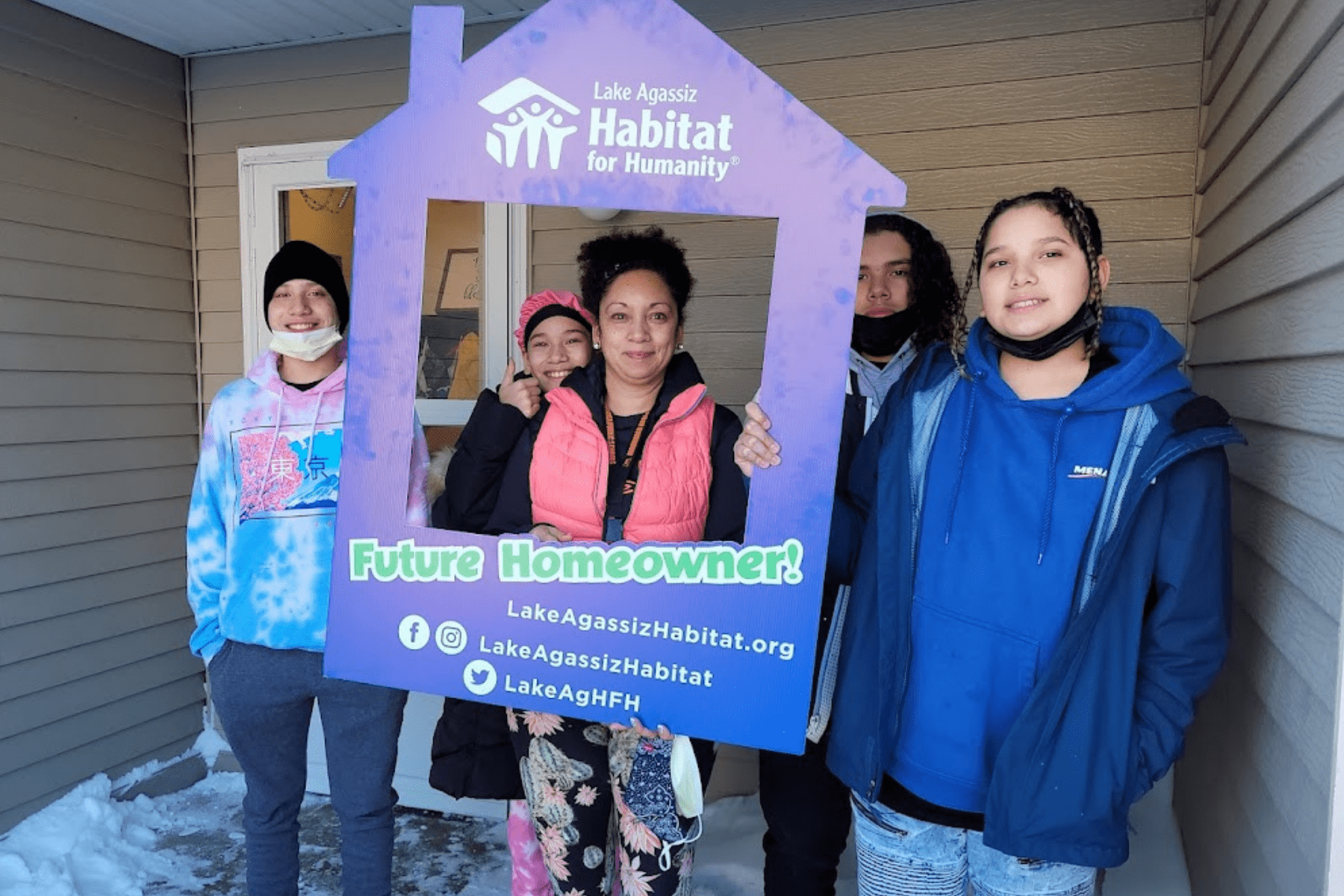 2022 has already been an exciting one. Because of some new partnerships, 2 of our 3 homes have already been dried in. The Spartan Build (with Fargo North High School) is ready to be moved to its final location and the Border States Build is not far behind. In September, we’ll be kicking off our 2nd annual CEO Build. The excitement is building! Click the link on the right to check out the photos.

This year we are excited to be working with the Adam, Kester, and “M” families to help fulfill their dream of homeownership. We’ll be building all across the metro area, from Dilworth to West Fargo.

However, we still have a big challenge, and your financial support is needed now more than ever. Building materials remain at historically high prices, so much so that we had to move from our planned 4 homes, down to 3. That meant, we had to push one of our 2022 families back an entire year. Please consider a donation today to help us press on and build these homes and build a financial base so that we can ensure we move forward in 2023. Every donation helps, no matter the amount. 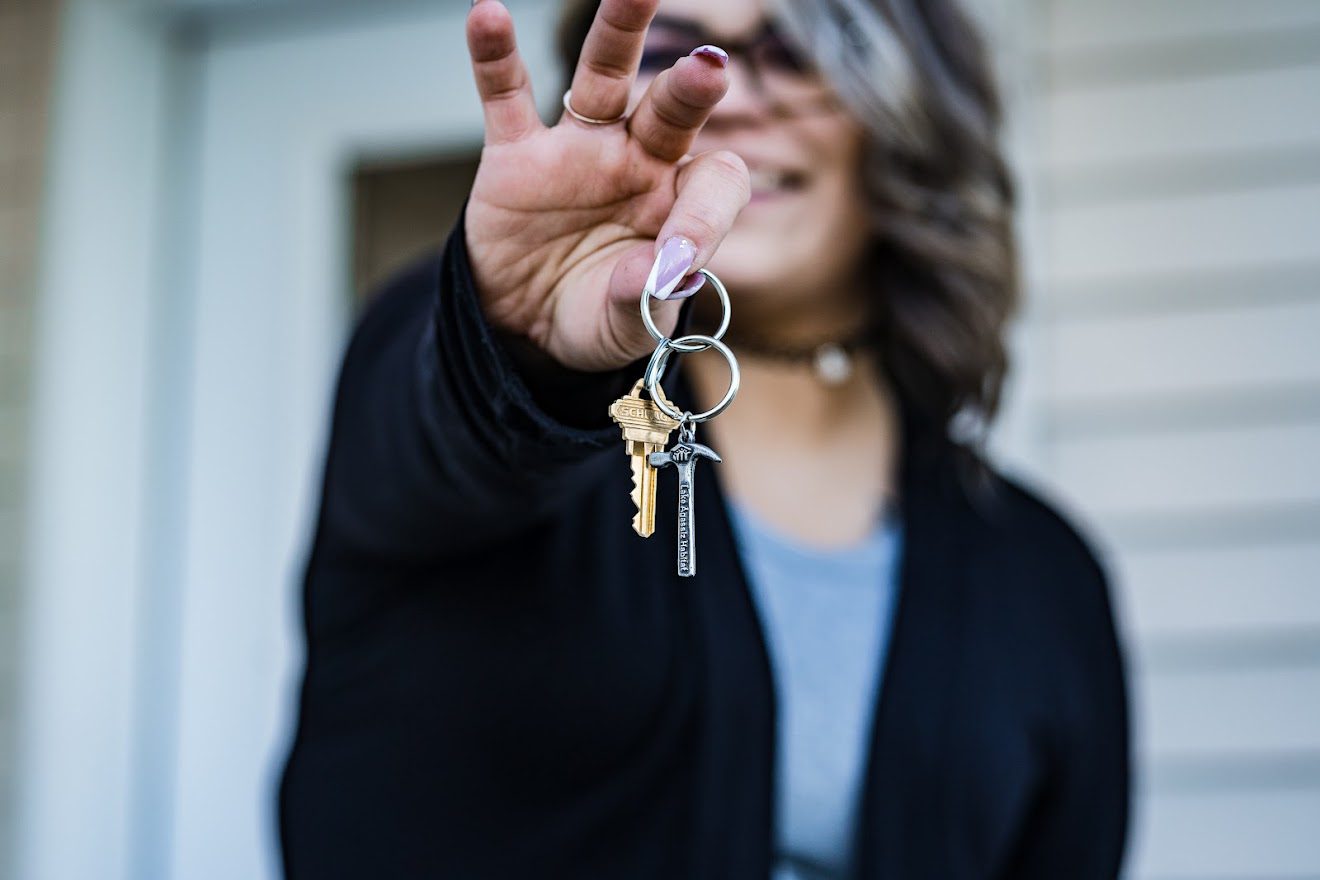 June 2019, we took on a project that had never been done in our area before, building three homes in just 10 days, June 19-29! We had a blast and thank everyone who was a part of it!

This project is more than the homes, it was a great community event that helped highlight the ever-growing need for decent and affordable housing. We anticipate that this project will help us increase the number of homes we build and families we serve per year over year. The blitz happened in the Highland Meadows development in West Fargo, near the Harley dealership.

Joining us on this project was the Blitz Home Builders, a group of volunteers from around the country who select one Habitat affiliate per year to partner with. They are experts in expedited building and have done projects just like this from New Jersey to Hawaii. We are thrilled they have selected us as their 2019 project. For more info on the Blitz Home Builders, visit www.blitzhomebuilders.org

Since 1991, Lake Agassiz Habitat for Humanity has been working to eliminate poverty housing in our community by partnering with over 69 families during their path to new homeownership. Throughout the years, we have built homes in six different communities throughout Cass and Clay counties including Fargo, West Fargo, Moorhead, Dilworth, Casselton, and Barnesville. Through our tithing to Habitat for Humanity International, we have also funded 42 homes in impoverished nations.

Without the support of our community volunteers, area churches, local businesses and organizations, students, home sponsors, and other non-profit organizations, none of these builds would have been possible. Thank you for your support!

Specialty builds can be arranged to celebrate special events, in memory/honor, to highlight groups (CEO Build), or just for fun (The House that Beer Built).

For over a decade, Thrivent has partnered with Habitat and area churches to build safe, affordable homes in partnership with those living in poor housing conditions both in the United States and around the world, through the Faith Build program.

Together, Thrivent, Habitat for Humanity, and the faith community help families in need of a safe and decent place to call home. With our communities, who put God’s love into action by pooling their power and passion, our partnership helps both those giving and those receiving on their journey to a more content, confident, and fulfilling life.

The Habitat and Thrivent partnership consists of two programs:

The Fargo-Moorhead area alone, Thrivent has sponsored 21 homes by contributing more than $1.5 Million dollars. We are proud to have been selected for a 2020 Faith Builds home.

In 1991, a group of women in Charlotte, NC came together to complete the first all women built Habitat for Humanity home.  This event inspired other Habitat affiliates across the country to embark on Women Build programs of their own. In 2007, Lake Agassiz Habitat for Humanity completed their first Women Build home. The Women Build program engages women of every race, age, and skill level to plan and build all aspects of a healthy and affordable home with an eligible family.

Through participating in the project, women have the opportunity to gain skills and confidence by working with an all-women team of volunteers in a supportive and empowering building environment.

Check out our 2021 Women Build

Habitat for Humanity is a strong believer in serving those who have served. Habitat for Humanity’s Veterans Build is a national initiative aimed at providing volunteer, housing and employment opportunities to U.S. veterans, military service members and their families.

Why is Habitat for Humanity focusing on veteran needs?

●   More than 1.5 million of these households pay more than 50 percent of income for housing (severe cost burden).

●   Nearly 1 million veterans who own homes are severely cost burdened, despite having access to VA loans and other assistance.

This year, Lake Agassiz Habitat for Humanity has seen a dramatic increase in the number of families coming to us for help. Your direct investment in home building is needed now more than ever! Habitat for Humanity partner families benefit in many ways from the financial support of sponsorships, and we know that you, your family, or your organization will be enriched by the experience of supporting a hardworking low-income family in the construction of a new home.

Join local companies and philanthropists to make a meaningful impact on the community we all share.

If you or your group would like to help meet the critical need of affordable homeownership, please contact Pete at 218-284-5253 ext. 2, or e-mail pete@lakeagassizhabitat.org.

Benefits of home sponsorship include the following:

●   T-shirts and lunch for participants

●   Participation in the wall raising ceremony together with the homeowner family.

●   Participation in the home dedication ceremony.

●   Please take a moment to reflect on the value of these experiences for your group.