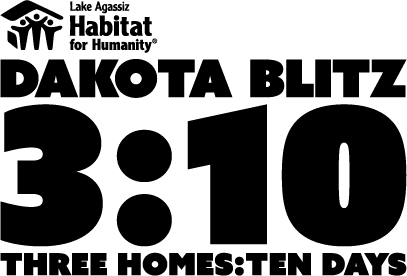 By the grace God has given me, I laid a foundation as a wise builder, and someone else is building on it. But each one should build with care. – 1 Corinthians 3:10

View / Upload Photos from the build

This project is more than the homes, it was a great community event that helped highlight the ever-growing need for decent and affordable housing. We anticipate that this project will help us increase the number of homes we build and families we serve per year over year. The blitz happened in the Highland Meadows development in West Fargo, near the Harley dealership.

Joining us on this project was the Blitz Home Builders, a group of volunteers from around the country who select one Habitat affiliate per year to partner with. They are experts in expedited building and have done projects just like this from New Jersey to Hawaii. We are thrilled they have selected us as their 2019 project. For more info on the Blitz Home Builders, visit www.blitzhomebuilders.org 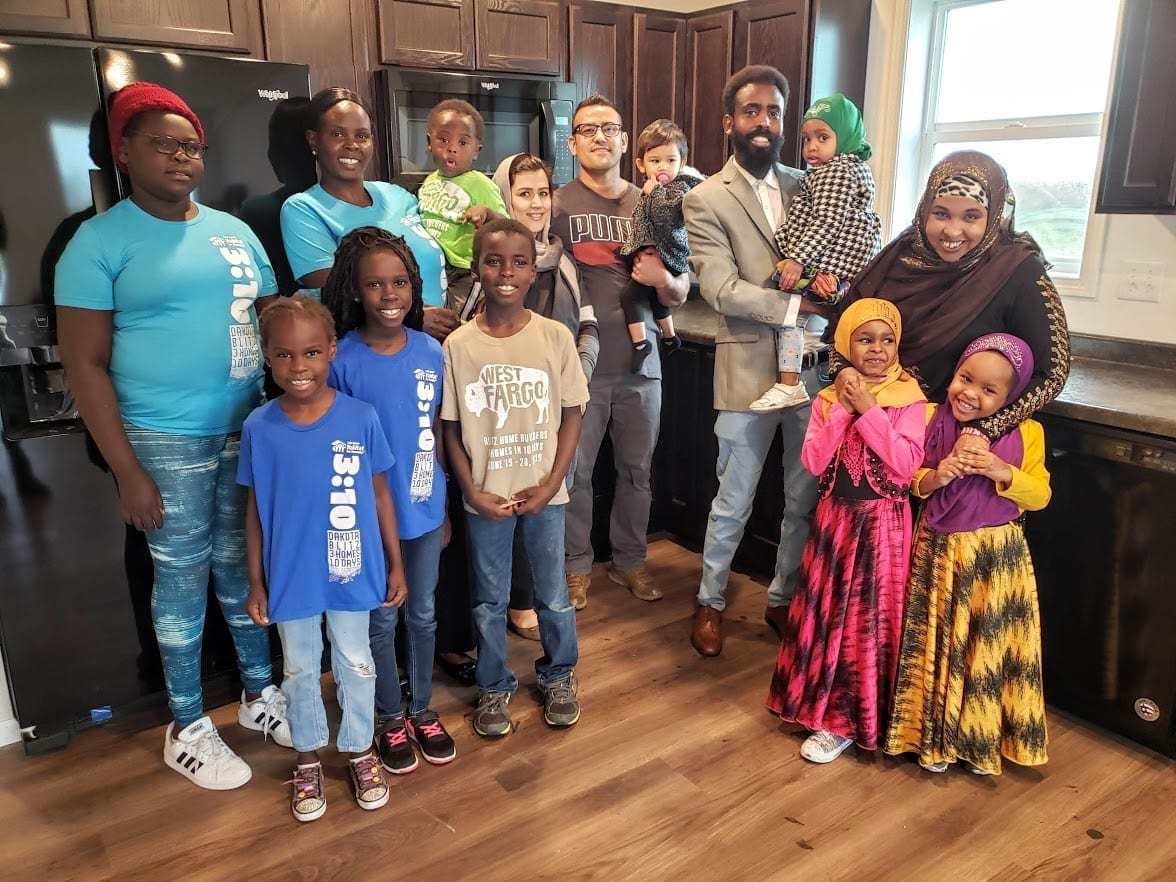 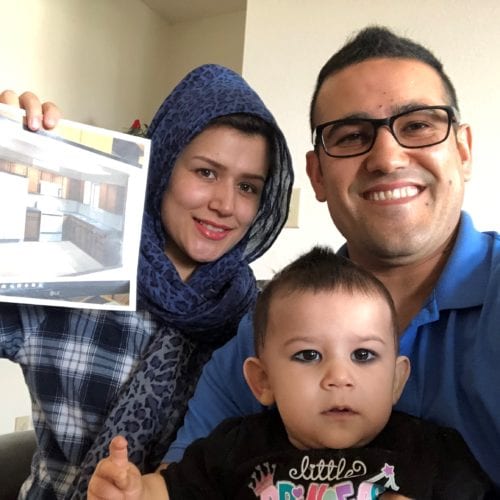 Before Massi and Hila Faizee set foot in America they already knew the hopes and dreams of many Americans.

“We heard about the American dream to have a house,” Massi says. “We have the same ambitions to have our own house and see our kids playing in a yard. To have flowers and a spot for a garden.”

This summer they will be living the dream when their home, one of three built during the Dakota Blitz 3:10 – 3 houses in 10 days – will be built.

The Faizee’s have lived in Fargo for the past five years. Before moving here Massi worked for six years for the United States Army as an interpreter in his native Afghanistan. Because of his service to the U.S. he was granted a special immigrant visa to come to America. He had a cousin in Fargo who said it was a nice place with great opportunity. And he says she certainly wasn’t wrong – though she left out the part about the difficult weather.

Massi jumped right in grabbing the opportunity of going to college. He enrolled at M-State and earned an associate’s degree in Human Resource management. He now works for a local non-profit assisting others who are new to Fargo-Moorhead find jobs and get resettled.

Hila also worked after moving from Afghanistan but now stays home with their baby, Helena. With a single income and more than 50% of it going to pay the rent, the Faizees thought buying a house was merely a dream. Then a co-worker of Massis told him about the local Habitat for Humanity and the ability to have a home with a reasonable mortgage and no down payment – other than the sweat equity every family puts into their Habitat home. The family applied and were pleasantly surprised to be selected.

I had heard of Habitat as my big brother used to work with Habitat in Afghanistan at one time in their well and water pump projects…. We have a family background partnering with Habitat overseas.

“I thought it would probably go to a family with more children,” Massi said. “It was a very exciting moment when we saw the map of the house and we figured out where our bedroom will be and our kitchen.”

The Faizee’s say Habitat has been great explaining everything and making sure they are informed throughout the process. They even help with their concerns about being new home owners.

“This will be our first home in the United State,” Massi says. “They have classes for us to attend together so we know more about taking care of our home.”

In addition to having a space to call their own, the family is looking forward to paying less for housing so they can save for emergencies, growing mint and tomatoes in their backyard and having the ability to paint their bedrooms any color they want them.

“With an apartment you never know if it will go away. You can just feel the security of a home.” 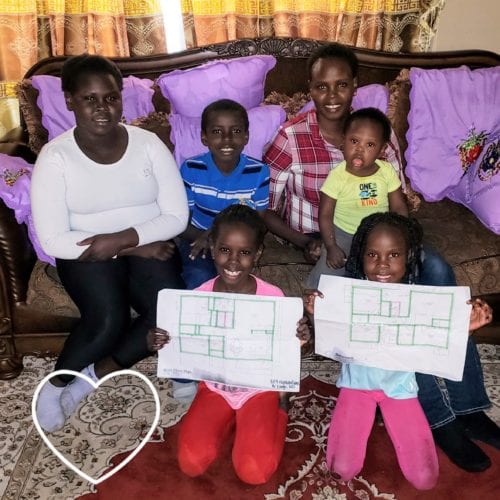 Beautiful handstitched pillows line the couches of Alakiir Nhial’s apartment. Her handiwork is also a joy to her two-year old son, Paul, who likes to pull on the pillows and squeal with glee. Paul, a happy little boy and a huge NDSU Bison fan, is oblivious to the exciting changes that are in store for his family.

When Alakiir’s West Fargo home is built during this summer’s blitz build, she and her five children are all looking forward to different benefits the new house will bring. Ten-year-old Makeer says he’s waiting to move into a quiet neighborhood. Ajah, who is eight, can’t wait to have a big back yard. Alakiir’s oldest child, Agot, is waiting for her own space. “Getting my own room. Having my own bed,” she says with a huge smile.

For Alakiir it is having a stable, safe place that she owns that gets her the most excited. As a refugee from Kenya, she knows what living in temporary space does to children. The journey to the United States for Alakiir took years. When she was a young child she and her family fled their home in South Sudan. The violence in the region had become too much and they set out walking to find a safer place to live. They ended up in a refugee camp in northern Kenya.

“All the rest of my siblings were born in the refugee camp,” Alakiir recalls. She would live there with her family for more than a decade before she and her husband would come to Fargo in 2006. Alakiir and her husband have since separated and taking care of her children is a big job in itself, but she also works at Eventide Assisted Living in Fargo and is taking GED classes. She’s driven to give her children a beautiful place to call home.

“The good thing about Habitat for Humanity is they give you the opportunity,” Alakiir says. “Owning a home gives you a sense of independence as a responsible person.”

Though she gives herself little credit, her tenacity paid off in the process of applying to be a Habitat family. The first time she applied she wasn’t selected, so she tried again. This time, the outcome was what she was hoping for – a five bedroom house on Highland Lane.

Ajah sums it up well: “We are living in this small apartment. When we move, there is no such thing as small.”

There’s also a sense of control that will be freeing for the family. Three of the five children have health issues. Makeer suffers from allergies, but even in pet-free apartments they encounter people who have gotten waivers and then he’s ill again. Alakiir knows working on the house won’t be simple, but she’s done many difficult things. Five years ago she passed the test to be an American citizen, which is known for being rigorous.

Her response, “when you want something it’s not hard for you.”

Now she wants a home, and through Habitat that dream will soon be realized too. 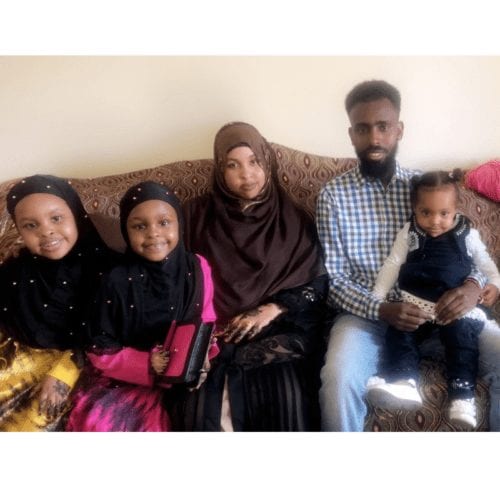 Freedom is something that many Americans take for granted, every day, just like being able to flip a switch to turn on a light and turn a knob for fresh, clean drinking water. This was not the case for Abdikardir Mohamoud or Ayan Santur. For each of them, growing up in a refugee camp in Kenya meant a lot of uncertainty. Abdikardir said he has no childhood memories of not living in the refugee camp. He recalls having clean water, but living life was a struggle. Abdikardir is attended school but was not able to travel outside of the camp.

Ayan was born in Somalia, but with the civil war, she and her parents fled to Kenya to be safe in the refugee camp. But living in the camp was no way to thrive, she too was able to attend and graduate from high school while living in Kenya.

According to UNHCR, the UN Refugee Agency, as of April 30, 2019, there are more than 473,971 registered refugees and asylum-seekers living in Kenya, so being chosen to be resettled in the United States was a great opportunity for both Ayan and Abdikardir’s families.

Making the transition from being a refugee to being resettled in a new nation comes with a ton of challenges.
“You don’t know how to speak the language much; you don’t know how to drive, you don’t have a car, you don’t have a job. There is a lot of struggling that we had to do to get here,” Ayan said.
Moving to the United States meant relying on the kindness of strangers and other refugees.
“People who are refugees and came before us have been helping us along the way. Giving us rides, helping us look for jobs, making connections, basically, we are doing good!” said Ayan.

Ayan and Abdikardir met in Boise, ID in 2009, but moved to Fargo to live with Ayan sister so that her dad could be closer to better healthcare. They got married in 2013 and have three daughters.
That is why they applied for the Habitat house, to provide a healthy environment for their girls to grow up in, and better privacy from the others unlike that of the apartment.

The commitment to owning your first home is scary for anyone. Transitioning from renter to owner has several considerations from financial to privacy, but when families partner with Habitat for Humanity, they are building better lives for themselves and their children.
“We had one neighbor that would have a bunch of friends over and sit and smoke, and drink, and party – and since they were next to us, they would litter the ground with beer bottles and trash. Even they were smoking, they were leaving their trash all over,” said Abdikadir.

Thanks to Habitat for Humanity, “Finally, we can be in a safe, healthy environment,” said Ayan. “The kids are going to have plenty of space to play and breathe in healthy air. I am so grateful that this is the beginning of my kids’ future,” she said.
“Our kids are so excited to be moving into a new house. When our friends come over, they (our kids) can’t wait to tell them that we are moving into a new house or talk about what is going on with the construction of it.”
Both Ayan and Abdikadir are excited themselves to be homeowners, looking forward to mowing the lawn, having clean air to breathe or worry about the kids playing too loudly. Their excitement is high, but uncertain to what it will be like to be homeowners.

Ayan said, “We don’t know what to expect. We will have to mow the lawn, shovel the driveway, all those things. We have never had to deal with those things, so we will need to get up to speed quickly and learn. We always call the apartment maintenance, but now it is on us. We will have to either hire it done or learn it on YouTube.”
“One of the things that make America such a great country is the kindness of the people,” said Abdikadir. “Coming to America was when I got my freedom back, but having this home is when I got my future back.” 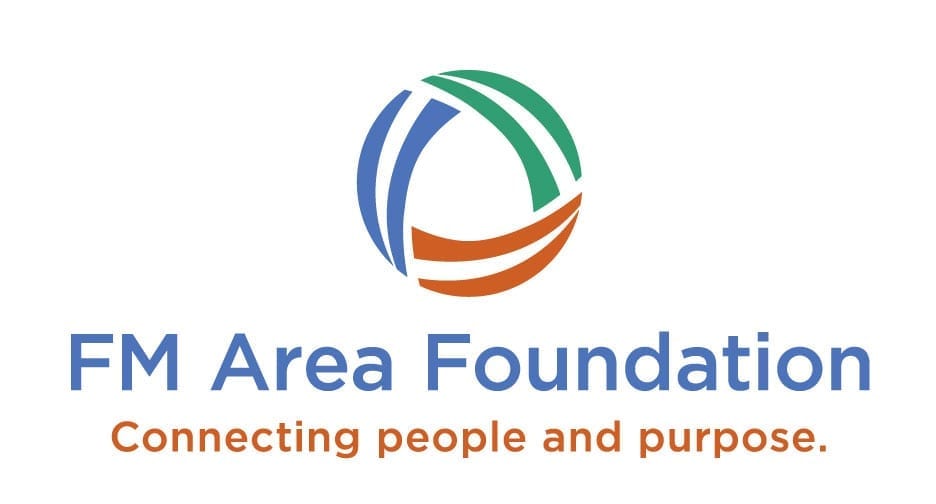